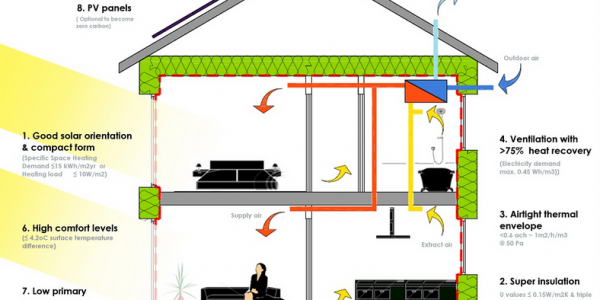 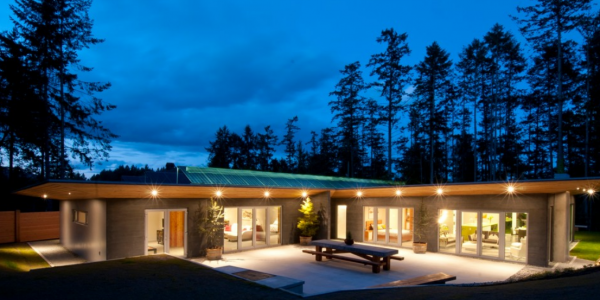 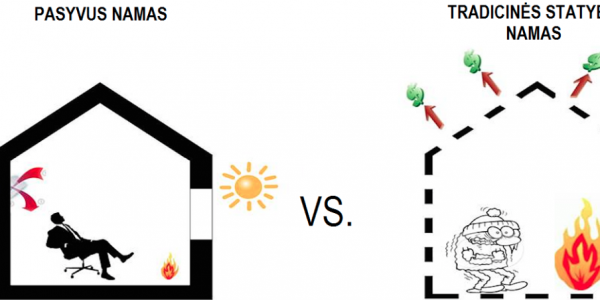 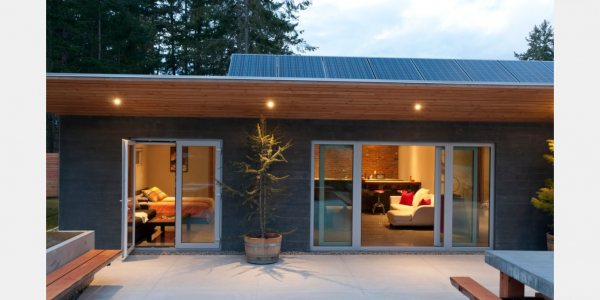 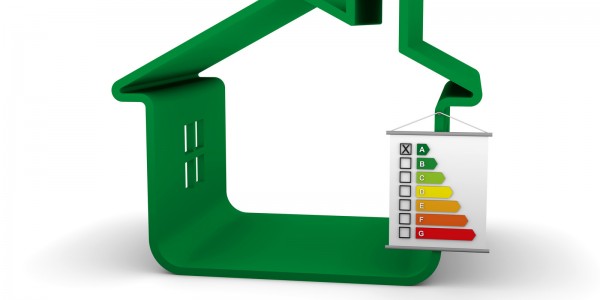 What is a passive house?

It is energetically efficient and qualitative house the energy demand of which is very low. A passive house uses not more than 15 KWh /sq.m of energy per year, consumes a quarter or even less energy a standard house requires, and is distinguished by a particularly qualitative microclimate. Efficiency of a passive house is basically grounded by effective heat insulation and increased tightness of building envelopes.

The main purpose of a passive and energetically efficient house is to reduce energy demand and create a qualitative environment inside the building.

Statistically, 90 percent of our time we spend in various premises – at home, at work, visiting friends, at shops and etc. Therefore, qualitative buildings are especially important. There is healthier and more comfortable environment in premises of energetically efficient houses.

We manufacture SIP panels, constantly create and try new building systems that are the most suitable to a passive house.

Experienced specialists and architects consult and constantly look for the best solutions.

Bo Adamson, the Professor of Lund University (Sweden), and Wolfgang Feist, the scientist of the German Institute of Housing and the Environment, were the first ones to talk about the standard of a passive house in 1988. On their initiative the first passive house was built in 1990, in Darmstadt (Germany). In 1996 Wolfgang Feist established the Passive House Institute (Passivhaus-Institut). About 25000 passive houses were built in Europe during the first 20 years. Mostly – in Germany and Austria. In 1996 Wolfgang Feist`s working group created a special tool for passive house builders – the Passive House Planning Package (PassivhausPlaner, PHPP). This project was commercialized by the funds of the European Union, according to CEPHEUS program. In 2000-2001 the passive house conception was approved by the first five EU countries.

The first standardized prefabricated house was built in 2005, in Ireland. It was built by the company Scandinavian Homes.

9 necessary conditions for installation of a passive house:

9. Purposeful and energy-saving lightning. For lightning LED lamps are used. They are directed only to the surfaces used.